AFRICAN AND CARIBBEAN REFUGEE CRISIS AT THE TIJUANA BORDER 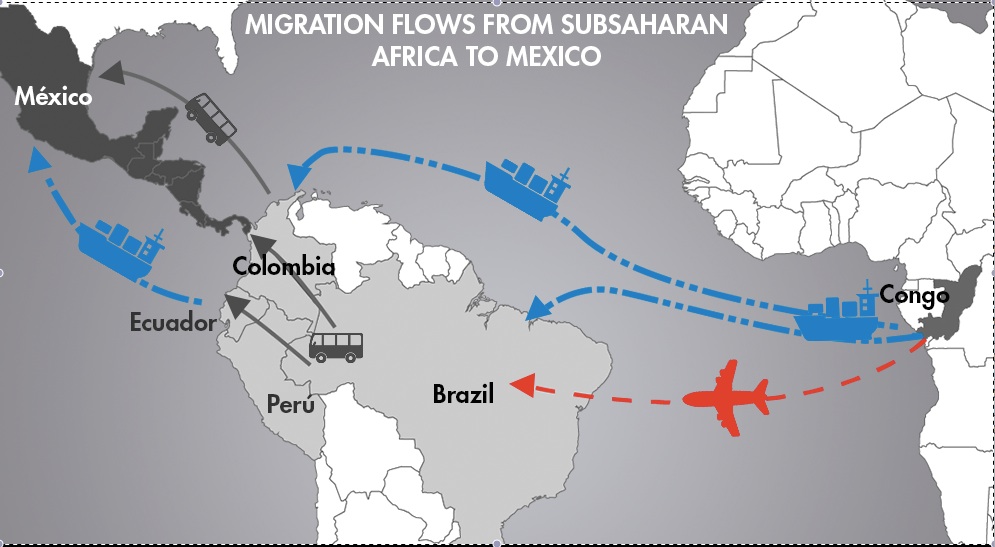 This week the United Nations General Assembly held the first-ever Summit for Refugees and Migrants.

The shared goals of the summits focused on the increase in the number of refugees worldwide. Refugees are a subset of the more than 65.8 million displaced people globally and include approximately 21 million men, women, and children.

African and Caribbean nationals make up a part of the growing number of displaced people who are trying to make their way to the United States. At present, there is a rising number of African and Haitian migrants traveling through Latin and Central American countries, with the sole objective of reaching U.S shores.

Today, the African refugee crisis at the Tijuana/San Ysidro border is overwhelmingly tragic and one that is hard to ignore. Shelters managed by non-profit and faith-based organizations in Tijuana have reported to be full, thus the unfortunate ones have to create make shift shelters in the streets, making them more vulnerable to theft, violence, illnesses due to changing of weather conditions and targets of law enforcement officials.

All of these refugees have had a long and arduous journey to get to this border, crossing at least 13 different countries in Latin and Central America, only to be faced with indifference by the country they sought sanctuary in. Many reported to have started their journeys in Brazil, Colombia, or Venezuela, working their way north through Panama, Costa Rica, Nicaragua, El Salvador, Guatemala and eventually Mexico. Their trips require them to walk for days on end, taking boats and paying smugglers along the way to grant them a relatively safe passage from one country to the next. One can only begin to imagine the horrors they have encountered to get to the final leg, Mexico and their ultimate destination, the U.S.

According to Alliance San Diego, an organization presently working with the many Haitian and African migrants who have already entered the U.S., there are 4,000 Haitians who have been granted humanitarian parole status. This status was especially granted to Haitians considering the political and economic circumstances following the 2010 earthquake. However, on September 22nd, 2016 the Department of Homeland Security announced its intention to detain and deport Haitians who have already entered the country legally, thus nullifying the humanitarian parole status that was already granted to more than 4,000 Haitians.

In light of the tragic situation, the African Coalition stands in solidarity with all the African and Haitian migrants who are stuck at the border, and those in a state of limbo in San Diego waiting for further instruction from Homeland Security Officials and we acknowledge the difficult road ahead for those on either side of the border.

The Coalition has liaised with organizations in Tijuana, San Diego and in Los Angeles, and is committed to do its utmost to assist in providing trauma and mental health support for the affected population. Moreover, the Coalition will work effortlessly with advocacy organizations and concerned community members to bring to light the plight of our African/Caribbean brothers and sisters and fight for just and humane immigration policies that will provide a safe haven for all.